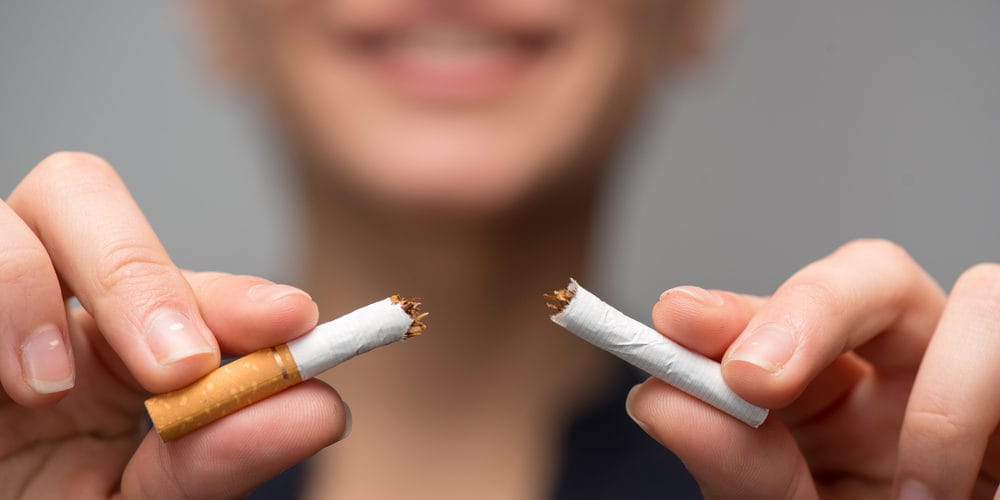 It’s well known that refraining from drinking and smoking during pregnancy is essential. What is less known and understood is the fact that during the preconception period, say three months before conceiving, your lifestyle can also have a big impact on your future unborn child. An outstanding example of this principle is the need for an adequate intake of folic acid.

In this article we look at smoking before pregnancy and exactly how it can have a detrimental impact, as well as issues around other lifestyle choices, for example whether it’s OK to consume caffeine before pregnancy, and sensible precautions around the consumption of alcohol and other recreational drugs.

Birth defects and the risks of smoking before pregnancy

There is one very simple reason to steer well clear of smoking during the preconception period. Many birth defects take place in the very early days after conception, at a time when, even though you may hope, you don’t know for sure that you are pregnant. This fact alone makes it well worthwhile to quit smoking as soon as you think of trying for a baby. Birth defect risks include a cleft lip or cleft palate and limb defects as well as cardiovascular and heart problems.

Smoking before pregnancy: the impact on your fertility

Smoking before pregnancy can reduce your fertility, making it more difficult to conceive in the first place. Smoking can cause cervical changes with an increased risk of cervical cancer and damage to the eggs as they mature before leaving the ovaries. It also leads to a higher risk of miscarriage, which could be a result of the deterioration of egg quality or damage to the lining of the uterus – making a healthy implantation of the embryo less likely.

The good news is that the reduction in fertility is reversible, and stopping smoking returns a woman’s fertility to its natural level within a year of quitting. In addition, women who stop smoking either during preconception or even within the first three months of pregnancy reduce the chances of a premature birth to the same level as that of non-smokers, and their babies can have a birth weight equal to those born to non-smokers.

Getting help to quit before you’re pregnant

According to the NHS, quitting smoking is one of the best things you can do to make sure your child has a healthy start to life. They also offer some helpful advice on quitting – this includes information about the use of nicotine replacement therapy, which can be prescribed by a GP or an NHS stop smoking adviser, with direct contacts in England, Scotland, Wales and Northern Ireland.

The NHS advises that nicotine replacement is helpful if you can’t stop without it. It is available in the form of sprays, patches or tablets and lozenges. E-cigarettes might also be an option to help you quitting smoking. E-cigarettes also deliver nicotine, but do not produce tar and carbon monoxide, which are two of the main poisons in cigarette smoke. The vapour does still contain some of the same harmful chemicals as cigarette smoke, but at much lower levels. Having said that, e-cigarettes are not risk free and should not be a long term solution either.

Caffeine before pregnancy: quit or reduce?

Researchers have found that very large amounts of caffeine reduce blood flow to the placenta during pregnancy, and that excessive amounts can lead to a lower birth weight. But there is less consensus about whether or not coffee and other caffeine consumption reduces fertility. Caffeine does stimulate the nervous system and constrict blood vessels, but there is no definitive evidence that this reduces the likelihood of conception. One study found that women who drink more than five cups of coffee a day take longer to conceive than non-coffee drinkers, but cause and effect are not definitely linked and it’s possible that high coffee consumption could be just one among many lifestyle factors.

You would probably be sensible to conclude that, as with many things, excess is not a good idea if you are hoping to conceive, but that caffeine consumption in moderation is not harmful. By moderation, we mean one or two cups of coffee per day which is about 300 milligrams of caffeine. Remember though that coffee is not the only source of caffeine, and it can also be found in quite surprisingly large quantities in tea, chocolate and some soft drinks. It is also not advisable to quit drinking coffee altogether suddenly, since this can lead to headaches and stress, which could also have a detrimental impact on your chances of conceiving.

What about alcohol and other recreational drugs before pregnancy?

All the medical advice on the use of alcohol and drugs is much less equivocal. Don’t! We have already seen how it is quite possible, even likely, for you not to know you are pregnant in the very early days and that this is when defects and damage can occur. Even a single instance of drug use during these early days can have an impact on your baby’s development, for example by causing defects in the developing organs and limbs. Even in these very early stages, alcohol is passed into the baby’s placenta from your blood. The foetus is not equipped to process alcohol like an adult, and if you drink, especially during the first trimester, you will have an increased risk of miscarriage, premature birth and a low birth weight.

Other lifestyle choices for a healthy pregnancy and a healthy child

You’ve heard it before but it’s always worth affirming! Give your chances of conception and your baby the best start with a few simple choices. Eat a healthy diet and maintain a healthy weight, do some exercise, get plenty of sleep, try to avoid stress and say an absolute no to tobacco other drugs. Remember that it is important to reduce the alchohol intake while trying to get pregnant and to stop any consumption during the pregnancy. For more tips on how to optimise your chances, take a look at our IVI health and lifestyle pages, and our blog article about trying to conceive. If it should turn out that you have problems, don’t give up and if you decide it’s time to seek help, contact us at IVI.