Polycystic Ovary Syndrome affects up to 20% of women of childbearing age. While public awareness about PCOS has improved in recent years, it remains an under-diagnosed and under-treated condition.

“We’re aware of the lack of knowledge about this disorder, so we created this guide to inform women about PCOS so they are able to act, from a medical and psychological point of view. Knowing the impact that this disorder can have on your life is the first step towards tackling it,” comments Dr Mireia Galian, Consultant Gynaecologist at IVI London.

Lack of education about the condition means many women live with untreated symptoms. It has also led to a number of concerning misconceptions about PCOS to appear.

Women with Polycystic Ovary Syndrome should have accessible, reliable information about their condition. Lack of awareness has allowed a number of myths to circulate, which can cause a considerable amount of concern and worry for sufferers. For this reason, we dedicate a section in our PCOS guide to debunking the most common misconceptions.

Are PCOS tumours in the ovaries? No. The name polycystic ovary syndrome dates back nearly 100 years. It was coined based on the appearance of ovaries with multiple, bigger-than-normal follicles. They are not cysts, nor are they tumours.

Is the origin of the pathology in the ovaries? No. “PCOS is a metabolic disease, but it also affects the ovaries. By disrupting ovulation, it leads to infertility. PCOS is caused by an alteration in metabolism, with a key role in the excess production of insulin”, clarifies Dr Galian.

Does PCOS cause infertility? No. Although it’s true that it may take women with Polycystic Ovary Syndrome longer to get pregnant, they can still get pregnant when they ovulate. To shorten this waiting time, they have the option of visiting a fertility clinic where a low-complexity treatment can induce ovulation.

PCOS has no treatment. This is not entirely true. No single treatment can eradicate all symptoms of PCOS. But there are certain things that patients can do to mitigate them. For example, studies have shown weight loss can alleviate the severity of symptoms in overweight woman. In addition, there are several treatments to resolve individual symptoms.

“The best way to help combat PCOS is a healthy lifestyle, incorporating a healthy diet and physical exercise. These measures translate into an improvement in reproductive results, in psychological status and quality of life,” concludes Dr Galian. 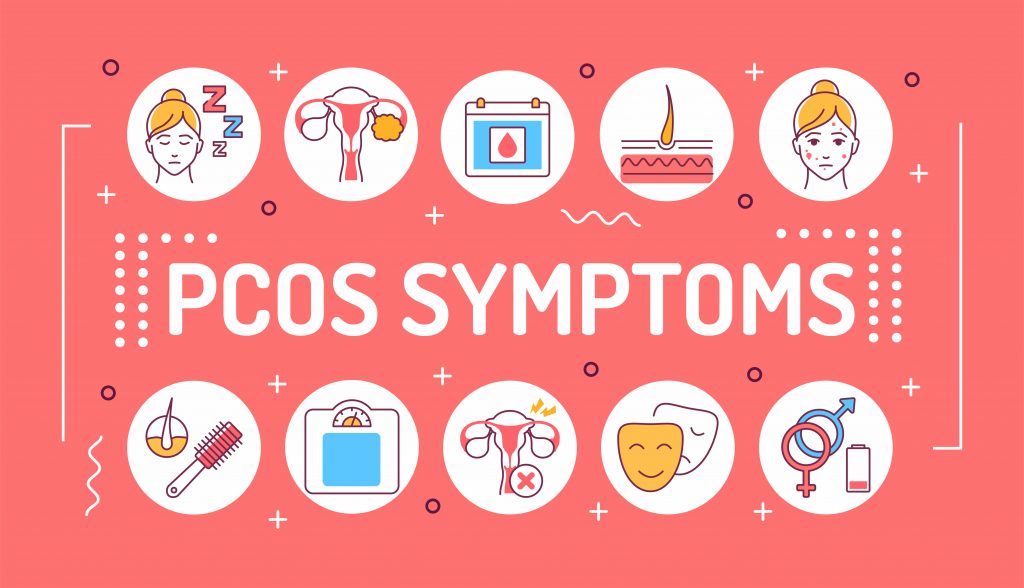 PCOS is a highly complex condition that can negatively affect the physical and mental health of sufferers. From both a medical and psychological perspective, women with PCOS must be fully informed in order to ensure the best quality of life. For this reason, our guide, downloadable for free here, addresses many of the most common questions and concerns about Polycystic Ovary Syndrome. The guide also includes real stories from women, such as Laura, Melanie and Esther, who share their journey to motherhood with PCOS in their own words.

Giving a voice to those affected

Esther was diagnosed with PCOS at the age of 17. She told herself affirmations that she would have no problem becoming a mother. Years later, she struggled to conceive. “The waiting lists for NHS treatment were endless, and I was very aware that age was beginning to play against me. I was 36 years old at the time,” says Esther. After visiting IVI, she was able to conceive and is now a mother of two.

Meanwhile, Laura sends a message of hope to other PCOS sufferers in her situation: “My first reaction to PCOS was indifference. I was young and I wasn’t really aware of what it implied. The only information I had was that my irregular periods were due to a disorder, and nothing else. I want to encourage women living with PCOS who want to become a mother to not delay. Look for good professional advice and, above all, don’t be discouraged! Your perseverance will be worth it.”

Melanie was diagnosed with PCOS at the age of 22 and since then, her social life completely changed. Simple things like spending time with friends, making social plans and traveling were never the same again. Her social life revolved around her irregular periods, and by the physical implications of her untreated PCOS symptoms.

Read more in our guide, available to download for free here.