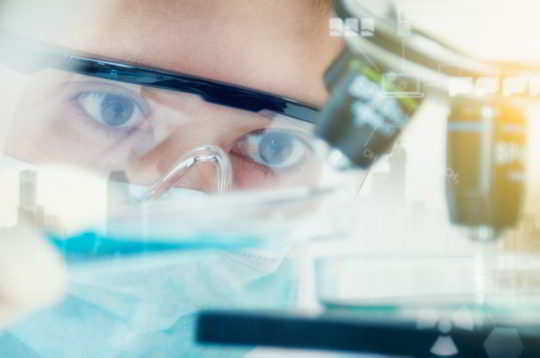 Nowadays, the trend in new bioengineering technologies is to incorporate materials that are as similar as possible to what we find in our own bodies – non-synthetic materials – in order to offer a cure, through regenerative medicine, to patients who have problems with one or more of their organs. In this respect, IVI recently published a study entitled “Tissue-specific decellularized endometrial substratum mimicking different physiological conditions influences in vitro embryo development in a rabbit model”. This study could lead to a significant improvement in the success rates of assisted reproduction treatments.

The study was carried out by Dr Hannes Campo, a researcher at Fundación IVI, as part of his doctoral thesis. It was supervised by Dr Irene Cervelló, a specialist in the field of stem cells and bioengineering at the same foundation. It was published in March 2019 in Acta Biomaterialia, one of the most prestigious journals with the highest impact factors – greater than 6 – in the field of bioengineering. This is higher even than the impact factor achieved by the main assisted reproduction journals.

“The research is based on a very new technique. It involved creating a hydrogel from an endometrium from which we removed all of the cells, in other words all of its genetic material. Then, once we had the gel, we looked at the applications that it could have both in vitro – in the study that has just been published – and in vivo – in a study that is currently under way,” explained Dr Cervelló.

The recently published study consisted of using this hydrogel to cover the culture dishes in which embryos were developing up to blastocyst stage in incubators. In this way, embryo development took place on the hydrogel so that the embryos would feel more comfortable on the proteins of the extracellular matrix of the endometrium, instead of resting directly on the plastic of the culture dishes currently used in laboratories.

This study provides, for the first time, a natural medium that is similar to standard protocols and opens up new pathways for being able to use improved natural media in embryo culture techniques. This could improve development rates in the future.

“Effectively, after three years of research and as we might have expected, the embryos growing in the medium that we created developed well, exactly the same as embryos in vitro in their most suitable standard conditions. In the future we hope to be able to optimise this technique by adding vitamins or hormones to the hydrogel that will enable us to improve embryo development, in other words the quality that embryos achieve, as well as their capacity for development,” added Dr Cervelló.

It must be pointed out that this research, in which the Universitat Politécnica de València (UPV) was also involved from the earliest stages, has for the moment been carried out on rabbits. This does not rule out its potential future implementation in humans.

“One of the advantages of this technique is, given that we have removed all of the cells and have been left with only a mould of the endometrium composed of proteins, these are preserved to a large extent from one species to another. This allows us the possibility of performing this technique between species.”

The endometrium is the mucous layer that is responsible for embryo implantation. As such, studying its applications outside of the uterus in order to optimise the embryo culture medium makes bioengineering a promising avenue for revolutionising reproductive medicine.

A potential cure for patients suffering from endometrial problems

The application of this hydrogel in vivo is what is currently occupying this research team. In the next few years, Dr Cervelló’s research team will focus its efforts on studying how the use of this hydrogel inside the uterus could help to regenerate the endometrium in patients with endometrial damage, making possible what current assisted reproduction treatments do not at present allow.

What is a journal’s impact factor?

The impact factor enables the effect of a journal on the scientific community to be measured. It is an instrument that is used to compare journals and to assess their importance within a scientific field.

“To give us an idea, two prestigious journals in the field of assisted reproduction, Fertility & Sterility and Human Reproduction, have an impact factor of 4.8 and 5, respectively (subject to fluctuations from year to year). In this case, the journal Acta Biomaterialia has an impact factor higher than 6. That shows the importance of having managed to get our work published in such a weighty scientific resource as this,” concluded Dr Cervelló.