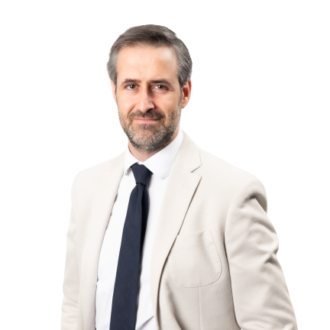 Once a disease most frequently seen in young children, mumps is now becoming far more common amongst older children and adults. This is in part fuelled by the Measles, Mumps and Rubella (MMR) vaccine scare of the late 1990s.

While those with mumps usually recover swiftly with no long-lasting effects, the same can’t always be said for some of the resulting complications caused by mumps. For a small number of men, there is a risk to fertility that can arise as a consequence of contracting mumps. One of the most common complications for men is inflammation of the testicles, which in extreme cases could lead to a drop in sperm count. In this article, we take a closer look at the connection between mumps and infertility.

Mumps is a viral disease that affects the salivary glands known as the parotid glands. In some cases, it may affect just one parotid gland, while in others it can affect both. Children and teens are most at risk of contracting the contagious disease, although some adults may be susceptible to the virus. Unlike colds or the flu, a bout of mumps will usually trigger life-long immunity in patients. The MMR vaccine also provides protection against the disease. In the UK, the MMR vaccine is part of routine vaccination schedule for young children offered by the NHS.

According to the NHS, 25% of men who contract mumps after puberty will develop orchitis , a mumps-related condition that causes pain and swelling in one or both testicles.

If you’ve had mumps before puberty, there should be no impact on your fertility. If you do experience mumps after puberty and don’t also suffer orchitis, it is very unlikely your fertility will be affected. This also applies if you only develop orchitis in one testicle. It is only if the orchitis affects both testicles that the issue of fertility becomes important. Between 10 and 30 per cent of men with mumps will develop orchitis in both testicles and, of those men affected, a small number may experience a drop in fertility.

For men, the biggest danger that mumps poses to fertility is if mumps-related orchitis results in testicular atrophy. This is what can lead to reduced sperm production. It is estimated that somewhere between 30 to 50 per cent of mumps-related orchitis cases will show a degree of testicular atrophy . It’s important to note, however, that this is unlikely to lead to infertility, rather a reduction in healthy sperm. Equally, while half may notice slight shrinkage of the affected testicle, it’s estimated just one in 10 will see a reduction in their sperm count . However, the drop is rarely severe enough to cause any fertility issues.

Mumps, infertility and the prognosis for fatherhood

The good news is that mumps will very rarely lead to infertility. However, it may contribute to sub-fertility in some cases, which can make conceiving naturally a little bit harder. For anyone looking to start a family, it can be helpful to take steps to ensure your fertility is in as good a shape as possible . Many of these steps involve healthy lifestyle changes, such as cutting back on alcohol, quitting smoking and maintaining a healthy weight.

Infertility can be harder to spot in men than in women, and it is often overlooked in conversations about reproductive issues. If you’re concerned about your fertility, one of the first steps is to book a sperm analysis test. This becomes particularly important if you have had mumps-related orchitis and find you are struggling to conceive. The simple test will determine the quality and the quantity of your sperm, and identify if there is an issue affecting your ability to conceive. Should a problem be found, there are a number of treatment options available at IVI, such as In Vitro Fertilization (IVF) and Intrauterine Insemination (IUI) .

Mumps and infertility are on the rise – but is there a link?

The MMR jab was first introduced in the UK in 1988 and this led to a steady decline in mumps cases. Prior to this, around 8 in 10 people developed mumps, the majority being of school age. A decade later in 1998, an MMR health scare meant many parents opted not to vaccinate their children, believing a now widely discredited paper that suggested a link between the MMR vaccine and autism.

As a result, cases of mumps in the UK hit a decade high in 2019. That year, cases of mumps were reported 5,042 times , a figure that was four times higher than the 1,066 cases reported in 2018. Data from Public Health England reveals it to be the largest outbreak since 2009.

Similarly, a major study by IVI found that male infertility is also on the rise, concluding that the number of men requiring fertility treatment increased by nine per cent  in just over a decade . The study focused on sperm counts – the primary marker of male fertility – and found the likelihood of needing assisted reproduction techniques had rapidly grown in the space of just 13 years (12.4 per cent requiring treatment in 2004, compared to 21.3 per cent in 2017) . Experts don’t yet know what is behind the increasing infertility rate in men , but many believe it to be a result of lifestyle factors, rather than as a result of medical conditions such as mumps.

Is mumps and infertility an issue for women too?

Although the risk of infertility after mumps is very unlikely for men, there’s even less of a risk for women who get mumps. It’s estimated that around one in 20 women who have mumps after puberty will also experience oophoritis – a swelling of the ovaries that can cause lower abdominal pain, sickness and a high temperature. The issues are short-lived and the symptoms pass once your body has fought off the infection. It is not known to lead to any fertility issues in later life.

Speak with the experts

At IVI, we’re dedicated to improving fertility health and treatment outcomes for men and women. We also invest heavily in research and have led many of the major advances in the assisted reproductive technology arena. To find out more about how we could help you achieve your dreams of becoming a parent, you can contact us by filling out a contact form and a member of our team will be in touch as soon as possible.