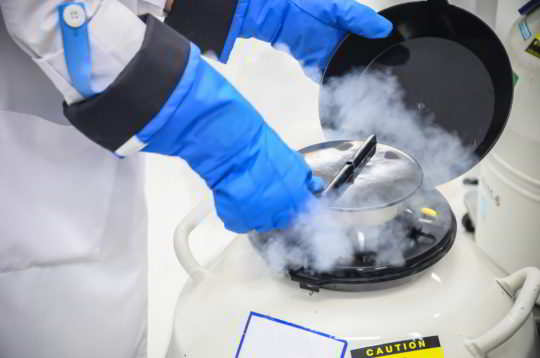 Fertility preservation has represented a breakthrough for reproductive medicine. This way, patients diagnosed with cancer who need to have chemotherapy or radiotherapy treatment that may damage their fertility, or women who have not yet heard the ticking of their biological clock and do not want to forgo being mothers in the future with their own gametes, have taken out a fertility insurance policy called vitrification.

Recently, the prestigious journal Human Reproduction, published a study led by Dr. Ana Cobo, director of the IVI Cryobiology Unit, entitled “Elective and onco-fertility preservation: factors related to IVF outcomes”, in which the doctors José  Remohí, Antonio Pellicer, and Juan Antonio García-Velasco also participated. It gives answers to women’s main concerns regarding fertility preservation and offers interesting statistics about the pregnancy rate that a patient who vitrifies their eggs can achieve, depending on their age and the number of oocytes that they vitrify.

“What is very striking is that while women under the age of 35 years who preserved their fertility for social reasons achieved a success rate of 94% by obtaining 24 oocytes to vitrify, those who were over 35, with a similar number of oocytes, barely reached a 50% probability of full term pregnancy. Hence the importance of preserving fertility before the age of 35, something we always emphasize at IVI in our awareness of the effect of age on oocyte quality”, explained Dr. Cobo.

In the group of patients who vitrified for oncological reasons, the same trend is not observed, due in large part to the smaller sample size of patients who returned to use their vitrified eggs (see graph below). 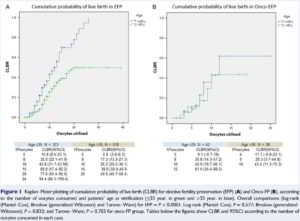 The main marker of oocyte quality is the patient’s age, so this study presents a clear advisory guide on the possibilities of having a baby based on these two measurable parameters and helps to outline a statistical reality of great interest in order to advance in the field of the infertility prevention.

“This is a retrospective study in which 83.5% are women who opted for elective fertility preservation and 16.5% are those who chose it for oncological reasons (mainly breast cancer). Of these patients, approximately 700 have returned to try to become mothers, leading to the birth of 162 babies as a result of preservation for social reasons and 25 babies came into the world after their mothers overcame cancer”, explained Dr. Cobo.

IVI has been a pioneer in Spain in the vitrification of oocytes and, therefore, has the largest number of patients and results to date. This has allowed the sample of this study, containing 6,332 women, to be the most extensive one published so far in studies referring to data on the use, efficacy and prognosis of this gamete conservation technique.

In addition, the study shows a clear evolution of the technique when performed for social reasons, which in just over 10 years has increased by 18%, from 2% to 22% of the total number of treatments performed at IVI (period studied: 2007-2017).

“Although return rates are still low, with about 15% in social preservation and about 10% in oncology, the truth is that this technique has experienced exponential growth in recent years and we expect the same trend to continue in the years to come, which requires a detailed and in-depth study of its implications, not only the medical ones, but also the social ones”, concluded Dr. Cobo.