Mitochondrial dysfunction may be linked to ovarian ageing 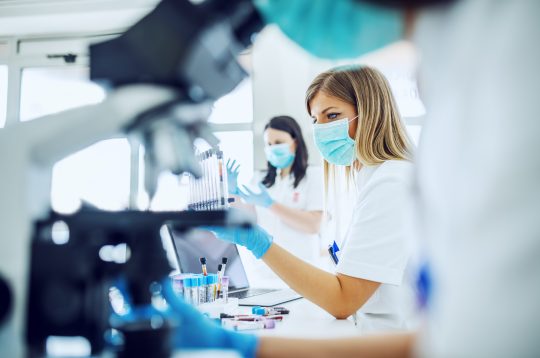 Due to changing demographic and socioeconomic factors, many women are now having children later in life. While the majority are successful, reproductive ageing and connected ovarian dysfunction are becoming increasingly common age-related causes of infertility. This is largely because the eggs stored inside the ovary naturally decrease in quality and quantity with age, leading to reproductive problems when trying to conceive at an older age.

“It is important to note that age-related disorders are often associated with decline in mitochondrial function, as well as disturbances in oogenesis – the maturation process of an egg cell (ovum) – and embryogenesis – embryo formation and development”, explains Dr Emre Seli, Director of Research of IVI in the US.

Mitochondria are structures within our living cells that convert energy from food molecules into a form of energy that the cell can use, leading to their nickname as “powerhouses”.

In a recent study led by Dr Seli, researchers explored the role of mitochondrial dysfunction in ovarian ageing and the potential to exploit the body’s mitochondrial structures to slow down – or even reverse – age-related changes in the female reproductive system. The research was presented earlier this week at the 9th edition of the IVIRMA Congress.

“Mitochondria are very special organelles that play a key role in cell metabolism: they have their own unique DNA and have long been implicated in the process of ageing. Scientists initially worked from the hypothesis that mitochondrial DNA underwent mutations over time, eventually causing their production of energy to be less efficient. As a cell loses its ability to generate energy effectively, it ages quicker,” added Dr Seli.

Although this hypothesis has been scientifically proven in animal models, its basis in the process of human ageing is much more complicated. While still not fully understood, it remains an ever-growing focus of medical research.

“Many theories have emerged that suggest mitochondria also affects cell health and ageing in humans. Some propose that problems with mitochondrial fusion – the way in which mitochondria join together, or problems arising from mitochondrial stress – could accelerate the ageing process. This corresponds with what was observed in animal studies: ovarian ageing was accelerated, which then impacted and impaired the ovarian reserve,” explained Dr Seli.

There is currently no solution to the acceleration of ageing linked to mitochondria dysfunction, however IVI is leading a line of research that could provide an alternative.

“Mitochondria replacement techniques have been trialled, in which autologous mitochondria are taken from a patient’s stem cells and inserted into the source with the goal of potential rejuvenation. A study by IVI Valencia showed that this approach is not yet useful, however it is still in a very early stage,” concluded Dr Seli.

Meanwhile, mitochondria are already used within IVF laboratories, where they can be measured to predict embryo health and viability. The development of a healthy embryo consumes a vast amount of energy, and so by measuring the amount of energy-generated mitochondrial DNA present within an embryo, it can indicate its developmental potential. Further research into the applications of mitochondria continue to show promise.

Within the field of reproductive medicine, an area of growing interest is ovarian ageing. Approximately 1 in 100 women below the age of 40 experience premature ovarian insufficiency (POI). This condition often makes it extremely difficult to conceive naturally and many women who wish to have children turn to egg donation to build their families.

This week, Professor Antonio Pellicer, President and CEO of the IVI group, presented a study on ovarian reactivation, exploring a new development which is emerging as a viable and effective treatment option for women with POI.

“In recent years, our research has focused on developing new alternatives for patients with diminished ovarian reserve, whose only option is egg donation. Our previous studies show that autologous ovarian stem cell transplantation had been able to optimise the growth of existing follicles, allowing pregnancies and births of babies in low responders with very poor prognosis”, explained Prof. Pellicer.

In an effort to develop a more efficient and less invasive technique, IVI conducted a clinical mice trial which tested the ability of different substances secreted from stem cells to reactivate the ovaries.

These findings suggest that combining the benefits of the non-cellular components of the ASCOT technique with the growth factors contained in platelets may enhance and accelerate ovarian regenerative effects. They also indicate this could be an effective treatment for patients with low ovarian reserve who wish to use their own oocytes, with encouraging results.

About the 9th International IVIRMA Congress

Held between 15 – 19 November, the 9th International IVIRMA Congress on Assisted Reproduction attracts leading researchers from throughout the field of reproductive medicine. During the event, many of the latest advances achieved in the field are presented, as well as innovative techniques and the results of the newest research. It is a meeting place for sharing best practice with the goal of improving results for patients on a daily basis. This year’s event is held virtually, bringing together more than 1,000 specialists from over 65 countries. The IVIRMA Congress is held every two years and returns in 2023.